In conversation about participatory space allocation

The plans for the new and future-oriented campus were developed in a participatory process that included both staff members and students from the beginning. Now the time has come: the campus will be officially opened in autumn 2021. Before that, the UAS will use the usually quieter summer months to move into the new building and adapt the existing one at the same time – a challenging task that required a lot of planning.

We talked to UAS lecturer Michaela Moser who is responsible for participation and inclusion in the development team of the Campus St. Pölten:

How did the St. Pölten UAS go about organising the topic of “room distribution”? What was particularly important in this context?

Moser: Just like during the planning stage, we once again set great store by integrating everyone involved into the room division process early on – that is, staff members of all departments and service units. In the summer of 2020, we already held the first talks with leading personnel and discussed where their respective units would be accommodated in future. The focus was always on the qualitative demands of the employees. Instead of asking where everyone wants to sit, we tried to find out which qualities are important for the individual staff members – for example, quiet working areas or the proximity to certain labs or event room. Based on this information, we developed three versions and the employees took a vote by systemic consensus – a form of participatory decision-making. The central question was “Which variant meets with the least resistance?”, and the objective was maximum satisfaction for everyone involved.

What was the greatest challenge in the process?

Moser: Reconciling the interests of currently about 360 employees was certainly a challenge. Naturally, the requirements of the individual units were very different. What made the situation even more challenging was that we had the ambition to provide everyone with the same conditions and address individual needs at the same time. Much consideration was given to the new and more flexible workplace concept which provides that not all employees have a fixed desk anymore. The coronavirus pandemic has actually been beneficial in this respect. The past months have shown that greater spatial flexibility is possible and thereby changed the staff members’ attitudes. Although there have been some reservations, I have observed a great willingness to try something new.

What will be the next step after moving to the new campus?

Moser: Of course, the room allotment which was finally decided is not set in stone. In future, we will hold regular meetings to discuss potentially changed needs or requirements. This also applies to rooms and areas used by students. We therefore consider it important to collaborate closely with the students once again during the next phase of moving into and using the building.

FH-Prof. Mag. Dr. Michaela Moser is a lecturer at the Department of Social Sciences of the St. Pölten UAS. Her specialist areas include the topics inclusion, participation and democracy development. As a member of the development team, she has been accompanying the project “Campus St. Pölten” from the first planning steps to its completion and beyond. 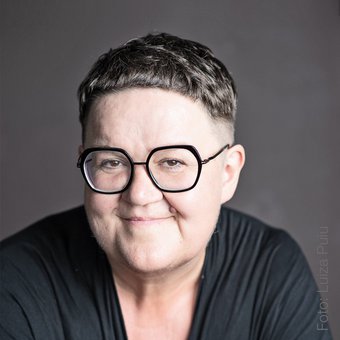